Debbie joined Warwick Plumbing & Heating in 1998 as an accounting employee and became the Human Resources Manager in 2004. In 2008, she took on progressively greater responsibilities and leadership roles and was promoted to Vice President of Administration and Human Resources. In this role, Debbie oversees and manages multiple aspects of business operations, including general administration, safety & risk management, policy and regulatory compliance, as well as procedural development and implementation.

Debbie is a black belt in Okinawan Shorin-ryu Karate and is a lifetime member and former Vice President of the Wythe Volunteer Rescue Squad where she has been a member since 1978.

Debbie and her husband are actively involved with the National Karate Federation and Amateur Athletic Union, training and developing karate students. They are also supporters with several charities including ORPHANetwork, Virginia Peninsula Food Bank and Smithfield Volunteer Fire Department. 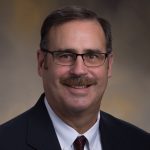 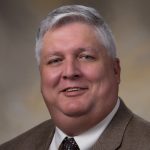