Warwick provided mechanical services for two parallel projects performed simultaneously on the same site. One project was the constructing a new five story bed tower as a replacement for an existing three story patient wing on a fully operational hospital. At the same time, we expanded and completely overhauled the central utility plant. All work was performed with multiple scheduled shutdowns to keep the hospital in operation.

The five story bed tower included 120,000 SF of space including 130 new patient beds that tied into an existing elevator tower. The central utility plant work in included new centrifugal chillers, cooling towers, steam boilers and medical gas equipment.  Over 100 shutdowns were performed with minimal impact on hospital operations.  The entire project was completed in 15 months with mechanical crew size topping out at over 100 workers. 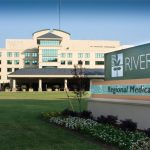